There's Something About Marinduque

My itinerary says it would take 3 to 4 hours to reach Kawit Pier in Marinduque.  From there, somebody would fetch me and bring me to Gasan, home to my host,
Mrs. Lelia Bermundo Narvas.

My spine shivered not just because that would be my first time to board a ship but because it was my first time to be in Marinduque.  I’ve never heard anything bad about Marinduquenos nor had I experienced any misdeed done to me by a native of this province.  What kind of people are they?  Will they be interested in the craft that I’m about to impart to them?

" To help others find their creative niche and develop their talents to produce
hand-made quality toy products."

I was in this stream of thoughts when I noticed I have reached Lucena Grand Terminal.  I immediately got off the bus and felt happy to find a Jollibee branch within the terminal grounds.  After having lunch, I rode a jeep which took me off to the Dalahican/Talao Talao Pier.  I was lucky enough to reach the pier on time for the last trip to Marinduque at 4pm.

I arrived at  Kawit Pier at around 8 pm.  A young man, helped me find a tricycle that took me to my host’s house in Gasan.  Later, I learned that that young man is my host’s son, Mc Enroe.  Only upon reaching their house have I felt relieved , my fear subsided.  Seeing Mrs. Narvas for the first time, I knew that I’m safe.

Mrs. Narvas is a very kind woman.  She toured me around her garden even though it’s too dark and I can barely see the pave blocks around her garden.  She then mused me to a room where I had a good night sleep after a sumptuous dinner of a native chicken cooked in curried coconut milk.

The next morning, Mrs. Narvas and I proceeded to Sta. Cruz Parish where Father Allan Malapad and Father Gani greeted us as they took turns nibbling boiled peanuts spread on a wide bilao.

Our first day of training occurred in the activity area of the old convent house.  There, I met the participants, all of them women from different parishes of Marinduque.  They were in their early 20’s, 40’s and some were senior citizens.

Although there were only 16 participants, I felt the intensity of their desire to learn.  Everyone was prepared, even brought their own extra chipboards for the free patterns I promised to give on the last day of the training.

DAY ONE, started with pattern making.  Distribution of templates and boards came so fast that within an hour, they were able to finish cutting their fabric pieces and were ready for their first project, the teddy bear.

An old lady, Sister Cory, was generous enough to let the younger participants took turns first with the pattern templates before she started with hers. The day ended with each participant having learned the importance of lay outing, cutting fabric pieces neatly and toy assembly via various hand sewing techniques.

On the SECOND DAY, we transferred to a different venue, much smaller but more comfortable and more conducive to learning.  The participants were able to cut and sew their dolphins.

On DAY THREE, back to our original training site, we embarked in Bird Making and all the participants were able to finish their toys.  We took pictures of their products and before we part ways, costing and packaging were discussed as well as the sources of raw materials.

Among the notable participants were Sisters Cory, Lelia, Beth, Vener, Elena and Mercy; all of them patiently followed the instructions given to them.

I cannot help but mention the presence of Reverend Michael who called the Dolphins, Tulingan.  I also appreciate the 3 seminarians who visited us from time to time as part of their immersion.

I am so grateful to Father Allan and Sister Lelia.  They are both hospitable, very accommodating.  Even the participants, they are all very loving, asking me everytime they had a chance, when am I going back to Marinduque.

I can say this training is a huge success.  They are planning to push through with their production as they now receive orders from friends, neighbours and relatives.

Again, I reminded them that this program couldn’t have been realized without the help of Assisi Development Foundation and if they have more request for additional trainings, don’t hesitate to call me or their SAC officer. 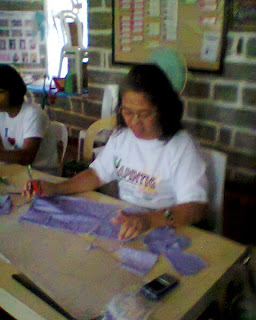 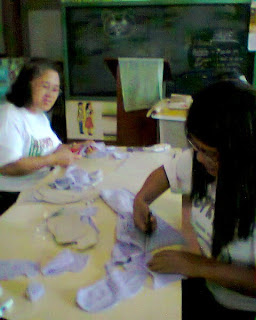 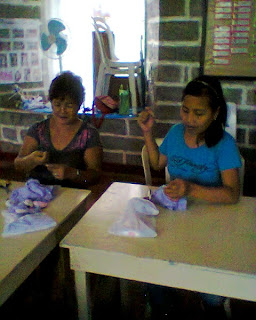 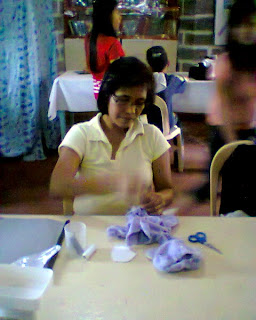 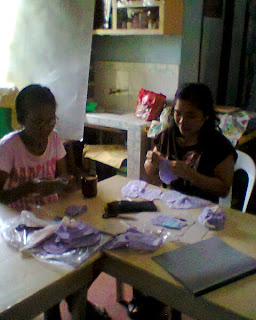 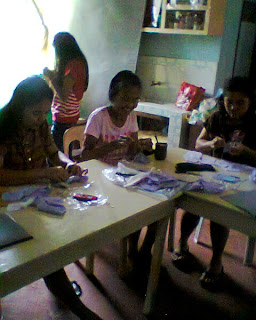 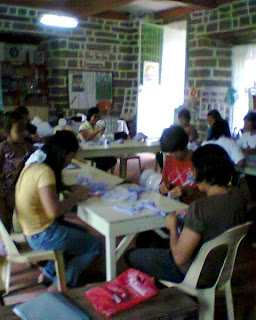 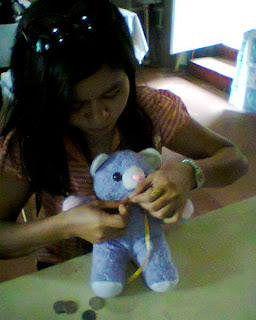 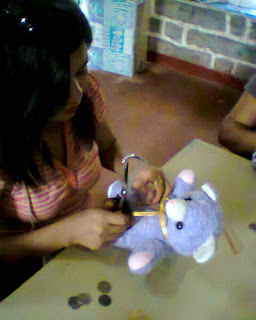 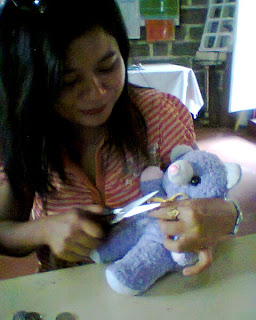 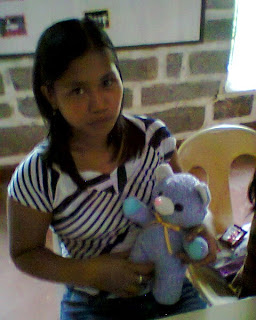 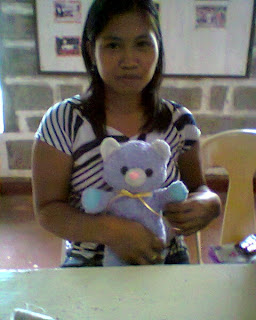 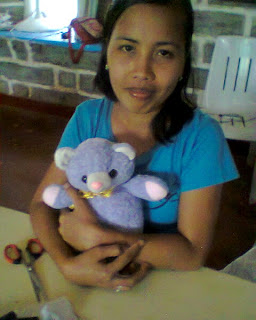 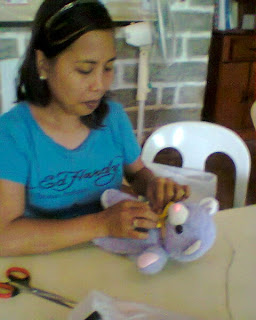 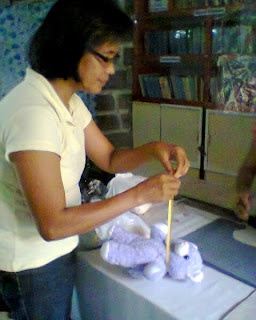 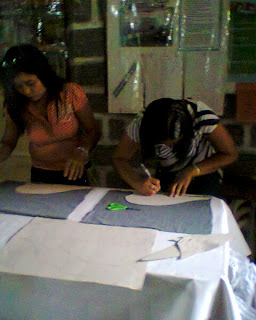 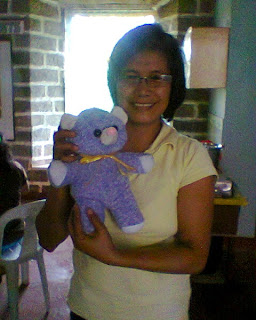 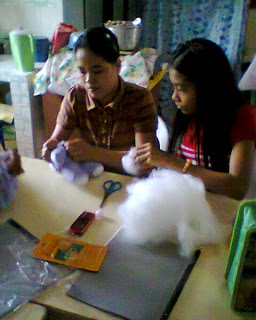 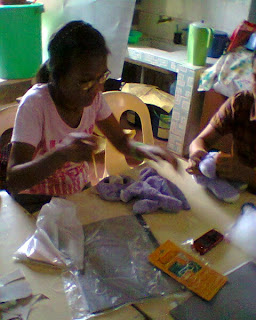 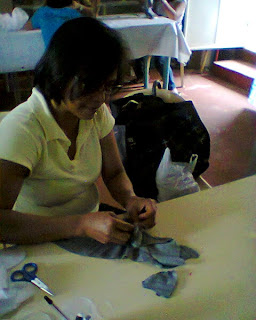 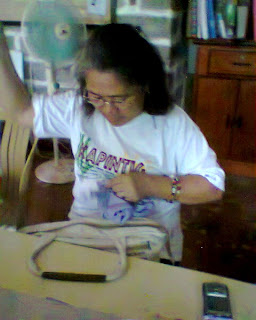 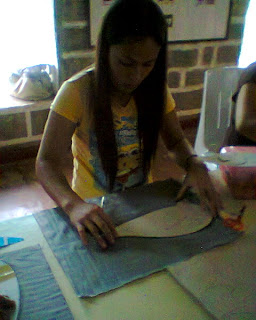 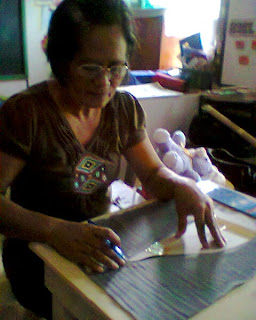 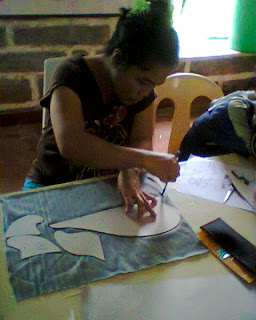 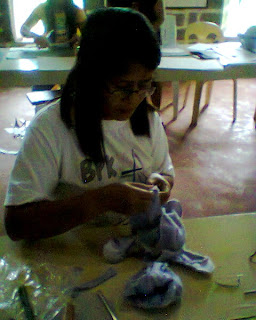 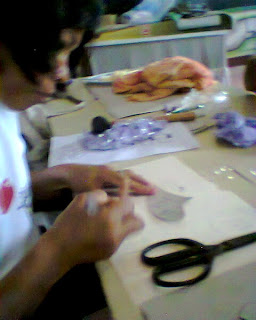 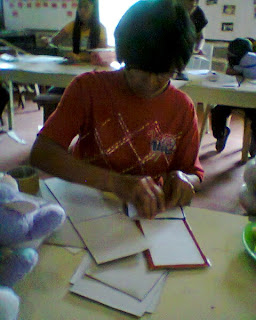 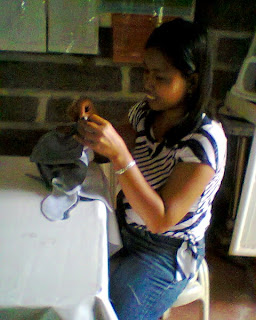 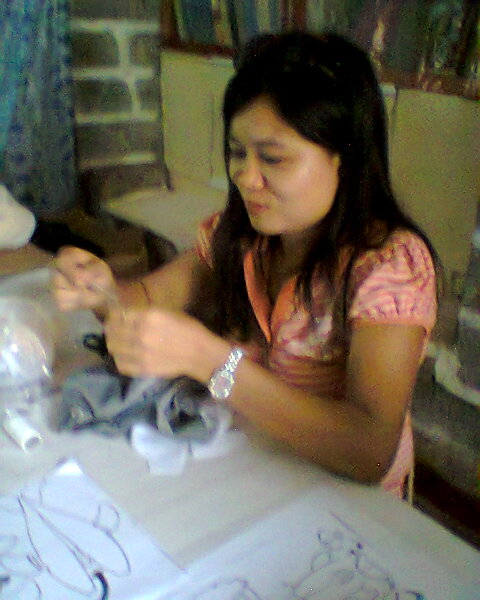 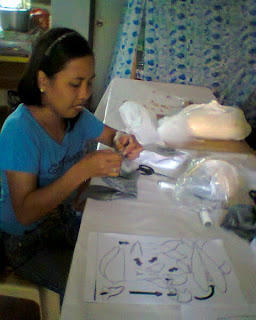