The long journey from Marikina to Las Piñas covered almost four hours (waiting time included due to heavy flow of traffic in EDSA and Makati) but the long wait to arrive at the training venue proved to be worthy as I was greeted warmly by women representing different parishes who convened at the Good Shepherd Parish for the Stuffed Toy Making Seminar Workshop. 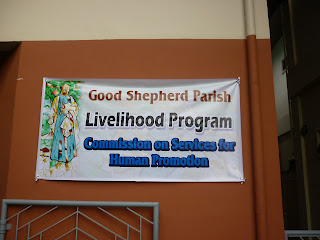 Ladies aged between 20 to 55, seated accordingly, patiently listened to my lecture on the Basics of Toy Making.  All exhibited enthusiasm especially when I recounted my early beginnings in soft toy making and the many rewards I received since I started making toys for gifts and souvenirs. 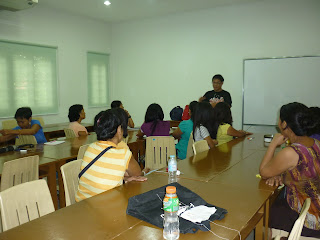 Our host, Sister Violy, a very affectionate and thoughtful woman, who kindly fetched me from the subdivision entrance on the first day of our training, together with Sister Debbie, joined the class all throughout the course. 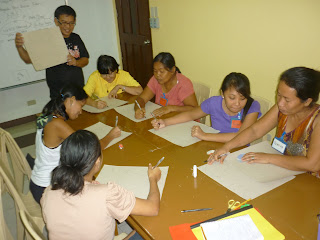 Day One, went smoothly as participants enjoyed their first hands-on exercise in Pattern Making.  Pattern templates for dolphin stuffed toy produced from chip boards formed the core of the pattern making process.  As soon as their first exercise were finished, the class was divided into three groups and assigned a specific task – that each group, with their combined skills in cutting and sewing must produce one dolphin stuffed toy, which will later serve as their guide when it’s their turn to create their individual projects. 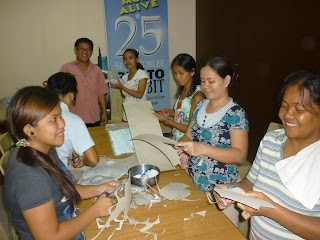 Swannie Mae, a participant, proudly shows her dolphin!!!
Day Two, considered as their most challenging day, the participants got busy making Ellie, the Elephant.  Due to its many puzzle-pieced templates, it took them so long to finish joining the toy’s body parts.  Nevertheless, two groups finished first with their prototypes and won a free cupid boy stuffed toy patterns!!! 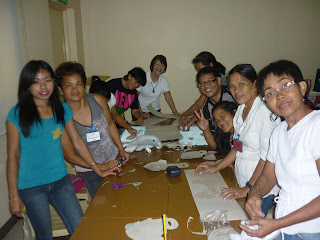 Meals and photo shoots occurred while working and during rest periods.  With Sister Debbie and Sister Lea volunteering as “official photographers”, candid shots were taken with the participants all-smiles posed with their toys and patterns, giggledly excited about their newly found skill in toy making.

The rest of the topics were discussed on our last day of training:

All the participants were given 2 additional patterns (Swan and Panda) 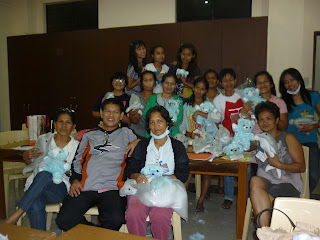 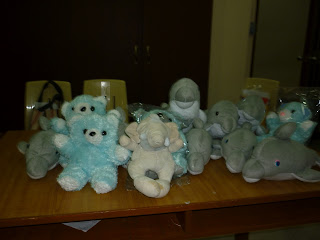 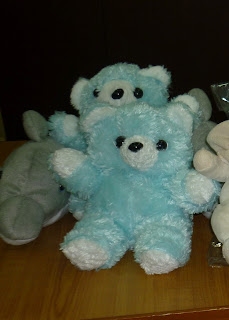 Before we part ways, Mrs. Cedilla and Mrs. Llarenas deeply expressed their interest to continue in enhancing their craft.  While others stated that they would want to start making toys in anticipation for Christmas season.

I also expressed my gratitude and reminded them that Assissi Development Foundation will always be here to help them acquire new knowledge and skills and I promised to continuously support them with the technical and marketing aspects.

God bless the Diocese of Parañaque.  Meeting them, teaching them, having fun with them, is certainly a wonderful and an unforgettable experience, a reason enough why I share this craft!!!
Posted by Ron Waldo at 3:47 AM